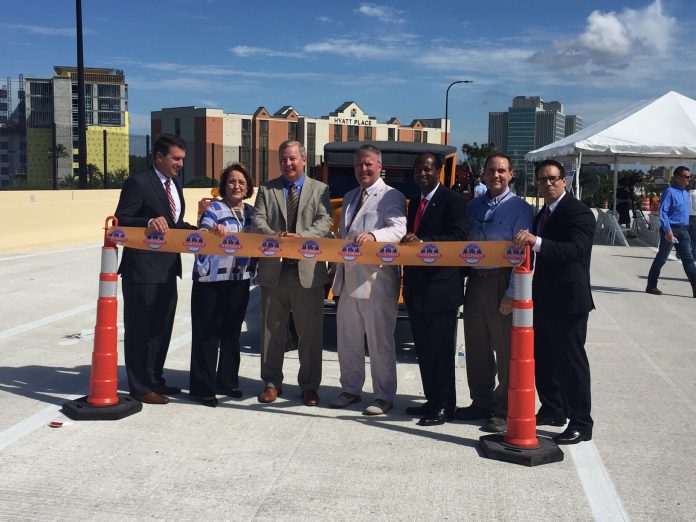 SGL Constructors has opened the Grand National Drive segment of the I-4 Ultimate improvement project, marking the first major milestone since the roadway’s redevelopment began. The company says it delivered the segment on time to the Florida Department of Transportation (FDOT) during a mid-August ribbon-cutting ceremony in Orlando.

The I-4 Ultimate, a $2.3 billion public-private partnership that involves the reconstruction of 21 miles of Interstate 4 (I-4) in Central Florida, started construction in 2015. It is considered one of the most complex and extensive infrastructure projects underway in the United States today.

The completion of Grand National Drive –– a major milestone in the six-year project –– includes a new overpass crossing I-4 that will connect the tourist, shopping and attractions district along International Drive with the theme park Universal Studios and the adjacent lodging area. Delivering the Grand National Drive segment of the project also involved making improvements to surrounding roadways, adding drainage features and new landscaping including planting nearly 450 trees and 700 shrubs.

“The I-4 Ultimate project aims to create a signature corridor that connects communities, improves economies and enhances livability and tourism throughout the Central Florida region, said SGL Constructors project director Brook Brookshire. (SGL is the project’s joint venture, of which Skanska is the leading partner.)

“The delivery of Grand National Drive exemplifies what we are working to achieve on this project,” he said. “The completion of the overpass allows both vehicles and pedestrian traffic to flow over an entirely new bridge, connecting two vital sides of the Interstate that were once divided.” 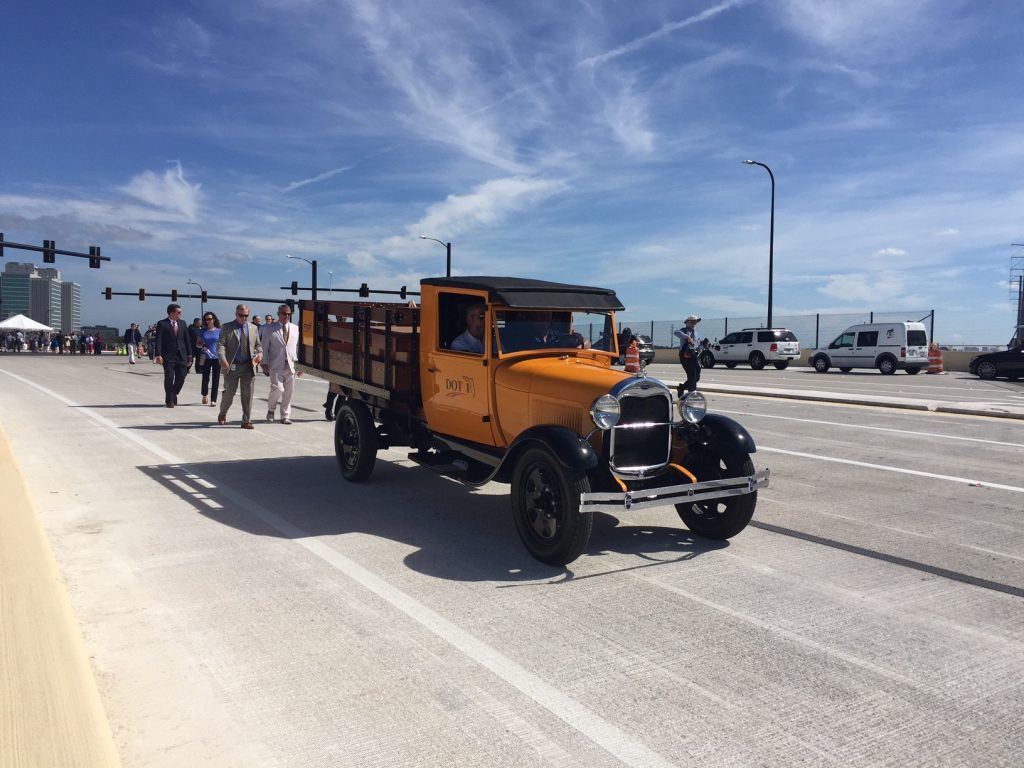 During the construction process, SGL says it made significant efforts to maintain vital motorist and pedestrian mobility around Universal Studios, the International Drive tourist attractions, Orlando International Premium Outlets and Fun Spot America. This was of critical importance given that these are all primary destinations for the region’s growing tourism base.

“Given Grand National Drive overpass’s strategic location in a high-traffic area, we expect it will be heavily used not only by personal and transit vehicles, but also by pedestrians,” said Loreen Bobo, FDOT District 5’s I-4 Ultimate construction program manager. “One of I-4 Ultimate’s objectives is to improve mobility within Central Florida. The opening of the new overpass is delivering on this promise and it’s an indication of the roadway improvements to come as the project advances.”

The I-4 Ultimate project is a public-private partnership (P3) between FDOT and I-4 Mobility Partners (I-4MP), including:

The I-4 Ultimate project scope includes rebuilding the interstate from west of Kirkman Rd. in Orange County, through downtown Orlando to east of State Road 434 in Seminole County, adding two new dynamic tolled express lanes in each direction, replacing more than 140 bridges, and reconfiguring 15 major interchanges.