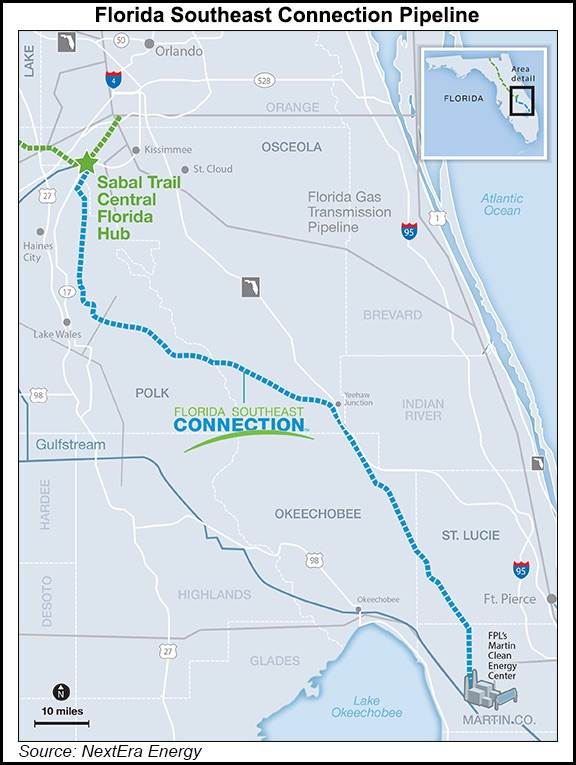 The action was filed in federal court in Atlanta against the U.S. Army Corps of Engineers for its issuance of five Clean Water Act permits that would allow construction of the 515-mile Florida Southeast Market Pipelines Project, including the Sabal Trail pipeline, The Palm Beach Post reported, after earlier reports said construction of the pipeline could begin almost immediately.

The petition seeks an expedited review of the Corps’ decision.

This project would transport fracked gas across 699 waterbodies, lakes, rivers, and streams and harm 1,958 wetland systems in Alabama, Georgia, and Florida.

In addition, the project would include five compressor stations contributing significant amounts of air pollution. Despite widespread local opposition to the project, state and federal agencies are continuing to proceed.

Last week the Federal Energy Regulatory Commission gave its final approval for construction to begin on to the southernmost portion of the pipeline, consisting of 126 miles from Central Florida to Martin County. FERC has not yet given the northern portion, known as Sabal Trail, the final go-ahead.

If built, the fracked gas pipeline would extend throughout Florida and southern Georgia over an area that provides drinking water to approximately 10 million people.

The groups said the pipeline construction alone poses a threat to local water resources as the process threatens to release hazardous materials and drilling mud into the aquifer, polluting the drinking water, and resulting in rapid transmission of drilling mud over great distances.

They allege in the lawsuit that the Corps failed to provide proper notice and public participation. The lawsuit further charges that the planned pipeline fails to avoid, minimize or mitigate the adverse environmental impacts.

“Communities in Florida and Georgia have clearly stated that they do not want this dangerous fracked-gas pipeline polluting their water or their neighborhoods. We have collected 25,000 signatures in opposition to the pipeline, but the Army Corps is just not listening,” said Johanna DeGraffenreid with Gulf Restoration Network. “The public has continually been left out of the decision making process for this project and that is unacceptable. Our water and communities are too important to risk for an unnecessary pipeline.”

Steve Caley, legal director at GreenLaw, said “the Floridan Aquifer, one of the largest freshwater aquifers in the world which supplies drinking water to millions of people in the southeastern United States, has a close connection to the water bodies and wetlands that will be negatively impacted or destroyed by the Southeast Market Pipelines Project. Given the threats this Project poses to this critical water supply, the Corps’ failure to follow clearly established law by transparently evaluating and disclosing for public review and comment how those negative effects will be mitigated is particularly egregious.”

Eric Huber, managing attorney for the Sierra Club, said, “Essentially what happened is the Corps stated FERC addressed mitigation while FERC stated the Corps would do it. As a result, neither agency analyzed the issue and the public had no chance to review and comment on it. To make matters worse, the Corps was aware of several less damaging routes but did not choose them, causing unnecessary destruction to wetlands through the heart of southern Georgia and Florida.”