Part of the problem is the loss of experienced workers who fled Florida to pursue the fracking boom in states like North Dakota and Texas. Part is tied to a demographic squeeze: aging, experienced baby boomers are retiring and their younger comrades who have been shell-shocked by the recession aren’t embracing building trades as a career.

Steve Cona of the local chapter of Associated Builders and Contractors highlighted the trend line during a recent Tampa forecasting event. He noted that nearly 21 percent of skilled construction workers are 55 or older, and 29 percent are 45 to 54 years old. “We’re not replacing those people fast enough,” Cona said.

He expects the shortage will only worsen with major projects intensifying — from a $1 billion overhaul of Tampa International Airport to a $1 billion redevelopment of the southern edge of downtown Tampa, an effort led by Tampa Bay Lightning owner/budding real estate tycoon Jeff Vinik. 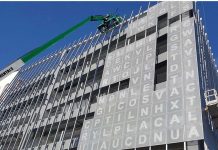