Florida added the most construction jobs of any state in 2016, according to an Associated General Contractors (AGC) report on Labor Department data.

While the state ranked 10th in overall percentage growth (Nevada had the highest ranking), Florida’s market size resulted in 22,300 additional jobs, or an increase of about 5.1 per cent.

Thirty-two states added construction jobs in 2016 as a dearth of experienced workers kept contractors in many states from hiring as many employees as they would have preferred, the AGC reported. Association officials said the new Trump administration could help by including workforce development measures as part of its promised new infrastructure program.

“Although the number of states reporting construction employment increases has dwindled, contractors are more upbeat than ever about the construction market and intend to hire more workers this year,” said Ken Simonson, chief economist for the association.

“However, the shortage of workers is their top concern and nearly three-quarters of contractors say they are having a hard time filling positions.”

The economist said the number of states with construction job gains declined to 32 in 2016 from 44 in 2015, yet a survey the association released earlier this month found that 73 percent of respondents expect to add to their headcount in 2017. Respondents had a positive view, on balance, of the dollar volume of projects this year across all 13 project types included in the survey. However, 55 percent listed worker shortages among the biggest concerns for them and their business, while 73 percent said they were having a hard time filling salaried or hourly craft jobs.

Association officials noted they have provided recommendations to the Trump administration on the best way to boost infrastructure investments and recruit and prepare future construction workers. “Done correctly, President Trump can help rebuild our aging infrastructure and the sector’s workforce,” AGC CEO Stephen E. Sandherr said in a statement.

Statewide Florida construction employment steady; but there are areas of growth and decline: AGCA data 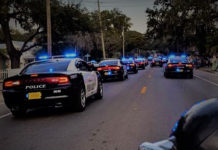