“Following months of beta testing and sampling by more than two dozen general contractors and trade partners, Togal offers software that revolutionizes the estimating process in construction,” the company said in an Aug. 16 statement.

“We are compressing weeks of work into seconds, and nobody has focused on this space yet,” said Togal CEO Patrick Murphy, a former congressman and and member of the Murphy – Coastal Construction family. “This is something every construction company needs, especially now. With construction delays and labor shortages due to the pandemic, the industry is under even more pressure to innovate.”

Togal was recently featured on Cafecito Talk with Miami Mayor Francis Suarez. During the interview Murphy discussed how Togal and Artificial Intelligence could revolutionize the construction world.

LISTEN TO THE CAFECITO TALK HERE

“I’m so proud of the progress that Togal.ai has made!” Suarez said following the interview. “It is so great to see a Miami born and Miami based tech company launch and grow successfully. The use of AI in construction will revolutionize the industry and I’m excited to see what the future holds for them.”

Togal claims that it automates the estimating process, which includes measuring the size of each room’s square footage to accurately price the cost of construction. Typically, estimators do this manually with rollers and rulers, or with a click and drag of a computer mouse. Plans for major projects can be hundreds of pages, taking weeks to complete. Togal can finish those jobs in mere seconds.

“Togal is faster than an experienced estimator, more accurate and a fraction of the cost. I haven’t talked with a construction company that wouldn’t use this. It makes them all more efficient,” co-founder Patrick Hughes said.

The goal isn’t to replace humans, but to allow estimators to spend more time helping their clients save money and build better jobs, thus increase their win rate, the statement says.
“Togal is the ultimate tool to augment the human estimator and allow them to do more with less.”

The engineering and construction sector is ripe for disruption. The $10 trillion industry has grown labor-productivity just 1 percent in the past 20 years, compared to 3.6 percent for manufacturing, according to a McKinsey Global Institute study.

This is no secret to Murphy. When the former U.S. Congressman joined Miami-based Coastal Construction Group as executive vice-president, he was struck by the lack of machine learning and technology used across the industry. “So Murphy enlisted the help of various PhD’s in mathematics and AI experts to look for ways to improve production with technology. The estimating department stood out as the clear frontrunner because the work is repetitive and time consuming,” the statement says. 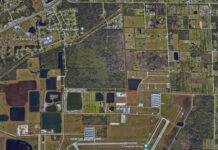 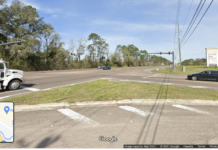 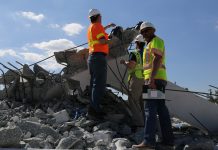