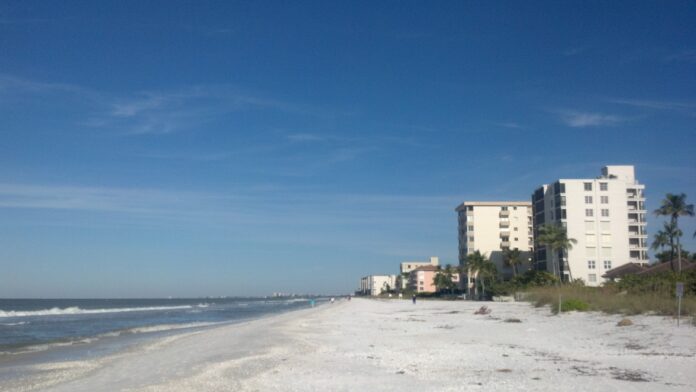 The Florida Department of Environmental Protection (FDEP) has designated much of Estero Island as critically eroding beach, a designation means erosion is threatening development, infrastructure, wildlife habitats and recreational interests.

Shoreline that is technically not eroding, but is between two segments that are, can also be designated as critically eroding.

The town is in the planning and permitting stages of a renourishment project to address the erosion, which stretches about 5.8 miles of shoreline – partnering with FDEP and the Lee County Tourist Development Council (TDC) to pay for the work anticipated to start in late summer 2023.

Recently, some property owners on the south end of Estero Island requested changes to this project. Specifically, some do not want the project to include their section of the beach as critically eroding and don’t want the protective dunes that would be created. Others want their section of the beach to be declared as critically eroding because a pond has developed that they want removed.

After reviewing various areas the FDEP decided not to change its original designations of Estero Island’s critically eroding areas, however, denied the towns request to have the shoreline area between 6230 and 7150 Estero Boulevard to be designated as critically eroded, leaving the ponding area ineligible for state or TDC funding.

The balance of the renourishment project’s scope remains unchanged after FDEP’s recent review.