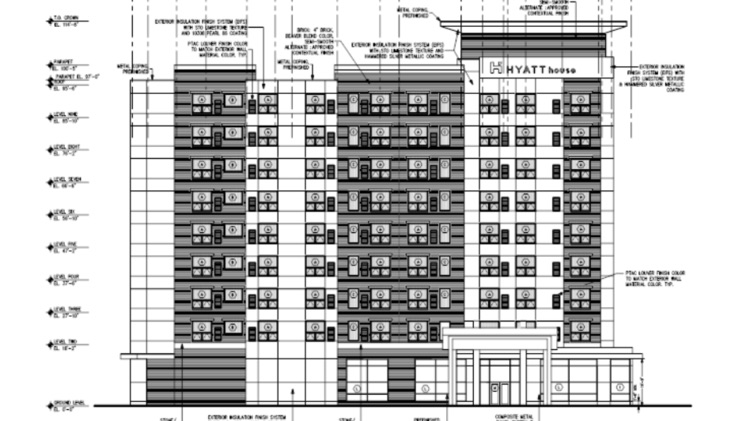 The Hyatt House Hotel would have nine stories with 168 rooms on 3.18 acres of land on Caravan Ct. owned by Summit Hotels Properties, which also owns and plans to do some “modifications” on its 151-room Hyatt Place Orlando/Universal hotel next door, Orlando Business Journal reports.

The new development’s cost could range or $17.1 million to $22 million.

Meanwhile, Sunbelt Development LLC is seeking to build a five-story, 128-room extended extended-stay hotel near the airport at 5461 Hazeltine National Dr. This project has an estimated development cost between $13 and $22 million.

The two hotel developers will present their plans at the city’s May 17 planning board meeting.