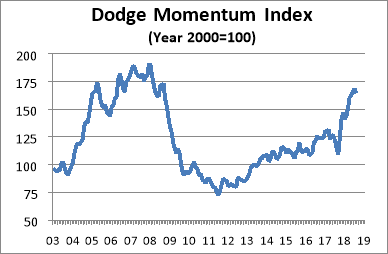 Pushing the Momentum Index lower in August was its commercial component, which dropped 6.1% from July. The commercial component had been on a strong run since the beginning of the year, rising 25% in the January to July period as improved business confidence likely pushed building intentions higher.

While commercial planning did fall in August, the trend remains positive fueled by strong economic growth and still-healthy real estate fundamentals. The institutional component has been on a much more restrained trajectory this year, moving 11% higher from January to July, reflecting the influence of public spending on this segment. In August, the institutional component moved up an additional 2.5%.

In August, nine projects each with a value of $100 million or more entered planning. The two leading commercial projects were the $250 million renovation of the flagship Tiffany & Co. store on Fifth Avenue in New York NY and a $140 million office building in Stockton CA. The leading institutional projects were the $450 million Rush University Outpatient Center in Chicago IL and the $265 million Children’s Hospital of Wisconsin in Wauwatosa WI. 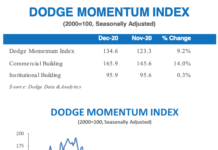 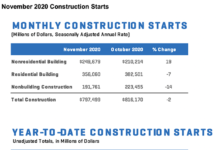 68 Florida road contractors collected more than $150,000 through the federal...