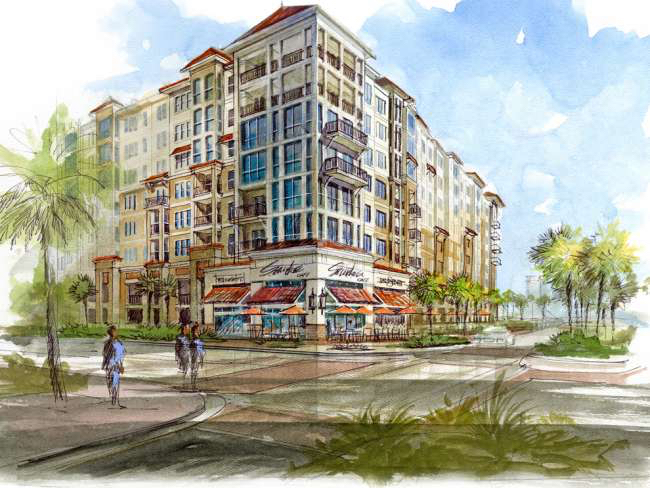 A $400 to $500 million development in Jacksonville’s South Bank area will begin to take shape next summer, the developers say.

Equity Resources LLC has plans for two five-story apartments as part of a much larger initiative on the former JEA Southside Generating Station site.

The overall project will include a hotel, office space, retail and restaurants, and more apartments.

Munz told the Florida Times-Union that his group is talking to other developers and tenants, but the two apartment buildings are the first specific announcements.

Equity described the apartments as luxury units ranging from efficiencies to two bedrooms, from 642 to 1,073 sq. ft.

Munz said in mid-December that prices have not been determined, but that they would be comparable to other buildings such as The Strand, a few hundred yards west on the Southbank, or 220 Riverside, newly opened on Riverside Ave.

The total price for the overall project, The District – Life Well Lived, is estimated at $400 million to $500 million.