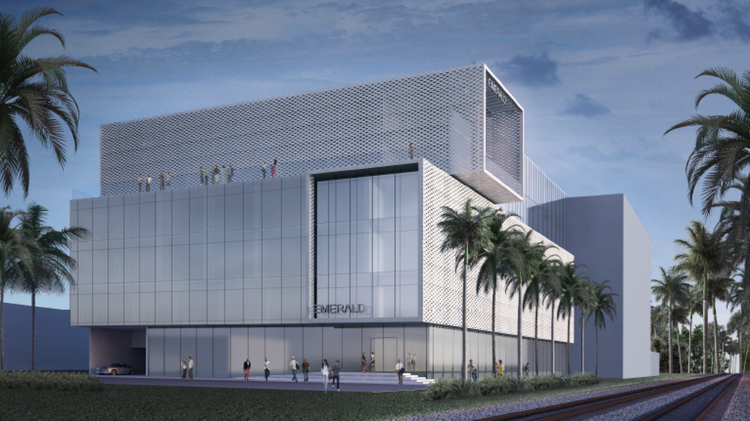 Almost a half-acre of land in Ojus, near Aventura in northern Miami-Dade County, has sold with plans for a six-story office building, The Real Deal has reported.

The developers submitted plans for the structure designed by Oppenheim Architecture + Design in early April. Reports do not yet indicate whether a general contractor has been selected or when construction will commence.

2655 Developers USA, an LLC based in Hallandale Beach, paid $3 million for the site last October. The Real Deal says Eduardo Halfen, Boris Fincheltub and Isaac Aserraf of Premium Developers Group are on the buyer’s corporate records. On his LinkedIn profile, Fincheltub is managing director of Venezuela-based civil engineering firm HFH.

“The corridor is increasingly getting more attention from developers and investors because Aventura, which is two minutes away, is almost untouchable,” Barokas told The Real Deal, referring to the lack of development opportunities in Aventura. “This whole area will look dramatically different in the next five to six years.” Listing agent Elad Barokas of KW said the property was on the market for $3.45 million.

Barokas said the body shops and warehouses that make up the area will eventually make way for new development. The property, which last sold for $1 million in 2014, is zoned for automotive/marine industrial development. Before that, it sold for $180,000 in 1993, according to Miami-Dade County records.

A two-story, 4,553 sq. ft. body shop and garage are currently on site. NSMK LLC sold the lot in October.

“The growth of Aventura and its surroundings is demanding this type of project,” the developers said in an announcement. “The strategic location of the property just around Miami Gardens Drive and Biscayne Boulevard makes it more attractive and interesting that many others in the area.”

The Real Deal reports that nearby, a group of Argentine developers is planning to build a 12-story office condo tower at 19790 West Dixie Hwy.. Privé Land Banking is the developer behind Forum Aventura, a 95,000-sq. ft. building that is being designed by Arquitectonica. When completed, that project will include ground-floor retail, a rooftop lounge and green space.

Miami Beach-based Transamerican Development Corp. is also planning to develop in the area. The developer acquired the two-acre site at 17990 West Dixie Hwy. with plans for a mixed-use project.