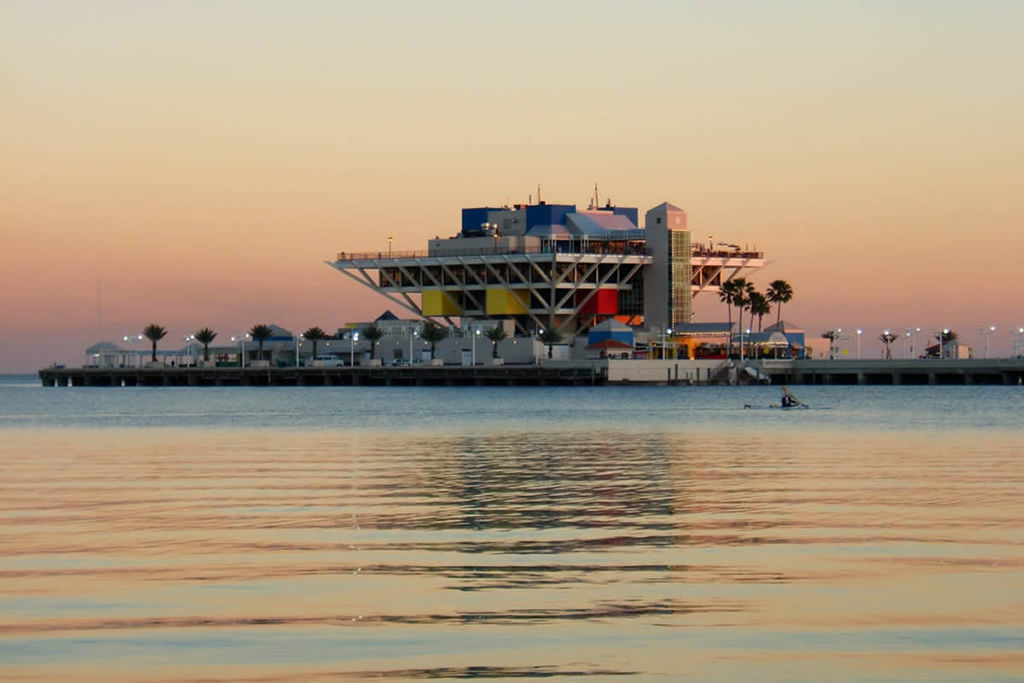 Since its earliest days as a growing fishing village on Florida’s west coast in the late 1800s, a pier has been the centerpiece of St. Petersburg’s downtown waterfront. Today (Aug. 12), St. Petersburg has released a Request for Qualifications to the architectural and engineering community for design of a new or renovated pier structure.

The announcement represents the latest development in the multi-year challenge to resolve the pier’s future. The existing pier, constructed in 1973, was to have been replaced by a new Lens design by  Michael Maltzan Architecture, but voters decided to cancel the contract in a referendum last year.

Mayor Rick Kriseman has appointed an eclectic group to help pare the bunch of hopefuls the city expects to vie to design a new pier or renovate the closed inverted pyramid, the Tampa Bay Times reports.

Submission of the statement of qualifications is due on Sept. 5, 2014, the city announced in a news release. A selection committee will shortlist the most qualified design teams, who are then invited to the second phase of the process. During stage two, the shortlisted design teams will each receive a $30,000 stipend to submit an initial design concept, complete with reports, renderings, cost estimates and a description of how the programmatic elements meet the findings of the Pier Working Group (a 21-member volunteer citizen committee appointed by Mayor Rick Kriseman). It is anticipated that a final plan will be approved and contract negotiations will begin with the accepted team early next year.

Design teams interested in obtaining information on the city’s request for qualifications should visit the Pier Web site at www.stpete.org/pierRFQ. The Web site also provides volumes of background information and public input generated during a multi-year community process that preceded the current process.

St. Petersburg, Florida’s fifth largest city with more than 250,000 residents, has been called one of the south’s best downtowns, and has been ranked the No. 1 Arts Destination for cities of its size for three years in a row. This year, the New York Times listed the Sunshine City as one of 52 “must visit” places worldwide in 2014, trumpeting the city’s cultural climate, arts scene and pedestrian-friendly downtown, the city news release says.