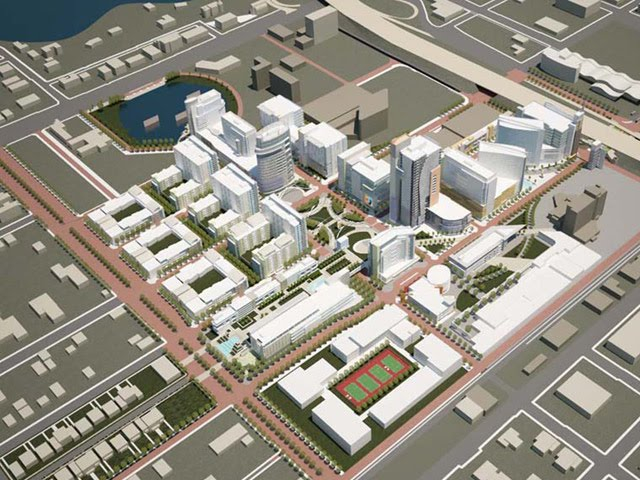 Television station Fox 35 took a pot-shot with this headline: “Leaders in Orlando broke ground on Thursday for the long-awaited Creative Village at the site of the old Amway Arena, but without the “creative,” and without the ‘village.'”

This is a rather different story-telling from the Orlando Sentinel’s reporting on the same groundbreaking event in mid-May.

Contractors are lining up for work on the billion-dollar Creative Village mixed-use development in downtown Orlando, after a groundbreaking on Thursday kicked off street and utility work for the project.

Orlando’s office for Balfour Beatty Construction participated in the groundbreaking. Balfour has a $12 million contract to build the roads and new connection for the city’s Lymmo bus service.

Creative Village is a sprawling development aimed partly at revitalizing Orlando’s west side, and anchored by the planned downtown campus for University of Central Florida.

So, which story should you believe?

Probably there is truth in both versions.”The Lime line” project really is getting started for the free bus service that will run through the Creative Village area — so it is the beginning of activity in the area. But it is unclear exactly when there will be additional residential, commercial and institutional development for the public-private partnership initiative.

Lynx CEO John Lewis says once there is a Creative Village, the bus will be busy, FOX 35 reported.

“When the Creative Village is finished and up and running, we will almost double that ridership with another 4,500 riders.”

Federal and local tax dollars will cover the $16.7 million cost of the bus line that will take passengers from Parramore through the Creative Village and connect both areas with SunRail and the Lynx Central Bus Station. As for the Creative Village itself, Orlando Mayor Buddy Dyer is waiting patiently.

“We are hopeful that we will get funding for a joint campus with the University of Central Florida and Valencia during the Special Session with the Legislature which would be a huge win for this project.”

There is supposed to be more than a billion dollars in private investments to create a brand new neighborhood and tech hub at the Creative Village, but developer Craig Ustler says he’s not ready to move until it is decided whether or not UCF will have a downtown campus there, and the bus infrastructure is added.

“The private side is ready to perform, but we need more certainty from the state funding issue, so if UCF goes, we are ready to go.”

Ustler is quoted by the TV station as saying the first buildings to go in the new neighborhood will be a 250-unit apartment complex, 400-unit student housing building, and an office building with 150,000 sq. ft.

The City of Orlando borrowed $90 million to build the new Amway Center using the land sale of the old Amway Arena as collateral. To date, taxpayers have not seen any of that money come back. Ustler says it could be a while, but taxpayers will get all of their money.

“It is not a question of ‘if’ you are going to be able to generate $90 million in land sales. Yes. How quickly? So you see what I am saying? Does it take ‘X’ amount of years to do that? That is the question.”

The deal to redevelop the Creative Village site calls for Ustler to pay the $90 million to the city as the land is sold. The $16.7 million bus line should be up and running by the end of next year, and Ustler does expect some development on the site by 2017.

In the more positively-spinned Orlando Sentinel story, Balfour Construction’s division president Sean DeMartino says the company is “definitely pursuing more work here” beyond the $12 million contact to build the roads and a new connection for the Lymmo bus service.

Contractors are lining up for work on the billion-dollar Creative Village mixed-use development in downtown Orlando, after a groundbreaking on Thursday kicked off street and utility work for the project.

Ustler confirmed that Balfour is one of the firms that is qualified and pursuing more work on the housing portions of Creative Village, the newspaper reported. According to the Orlando Sentinel:

“We’ve gotten a heavy response to our requests for a developer partner on the apartments planned here,” Ustler said.

UCF will be sending out separate requests for proposals on student housing in the area, while Ustler will be developing office buildings himself. He said UCF is more likely to hire a combined architect-developer team. He and UCF will not necessarily have the same developers, but they will work together, he said.

UCF is still waiting for the state legislature to decide on a multimillion-dollar funding request for the downtown campus.

Balfour Beatty, led by project manager Phil Davis Jr., reportedly has a 33 per cent rate of participation from disadvantaged business enterprises at the Lymmo project. 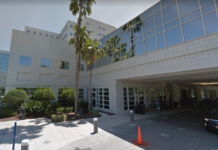