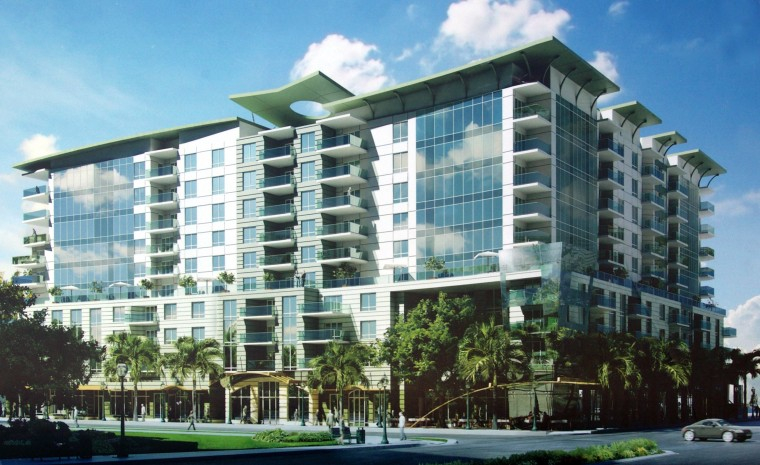 Foundation work on the first new hotel to be built in downtown Sarasota since the great recession is underway, reports MySunCoast.

“It is probably the first building of its type to come out of the ground for at least seven or eight years so we are delighted to see this activity,” said Ian Black, a commercial real estate broker. He says there are plans for an additional four to five hotels to be built in downtown.

“I have seen studies that show there is a demand for 600 new hotel rooms in downtown Sarasota,” said Black,” said Black.

The One Palm project will include 139 hotel rooms and 141-unit apartment complex. Starwood Hotels and Resort World Wide Inc. will operate the hotel.

See this link at Hoyt Architects.