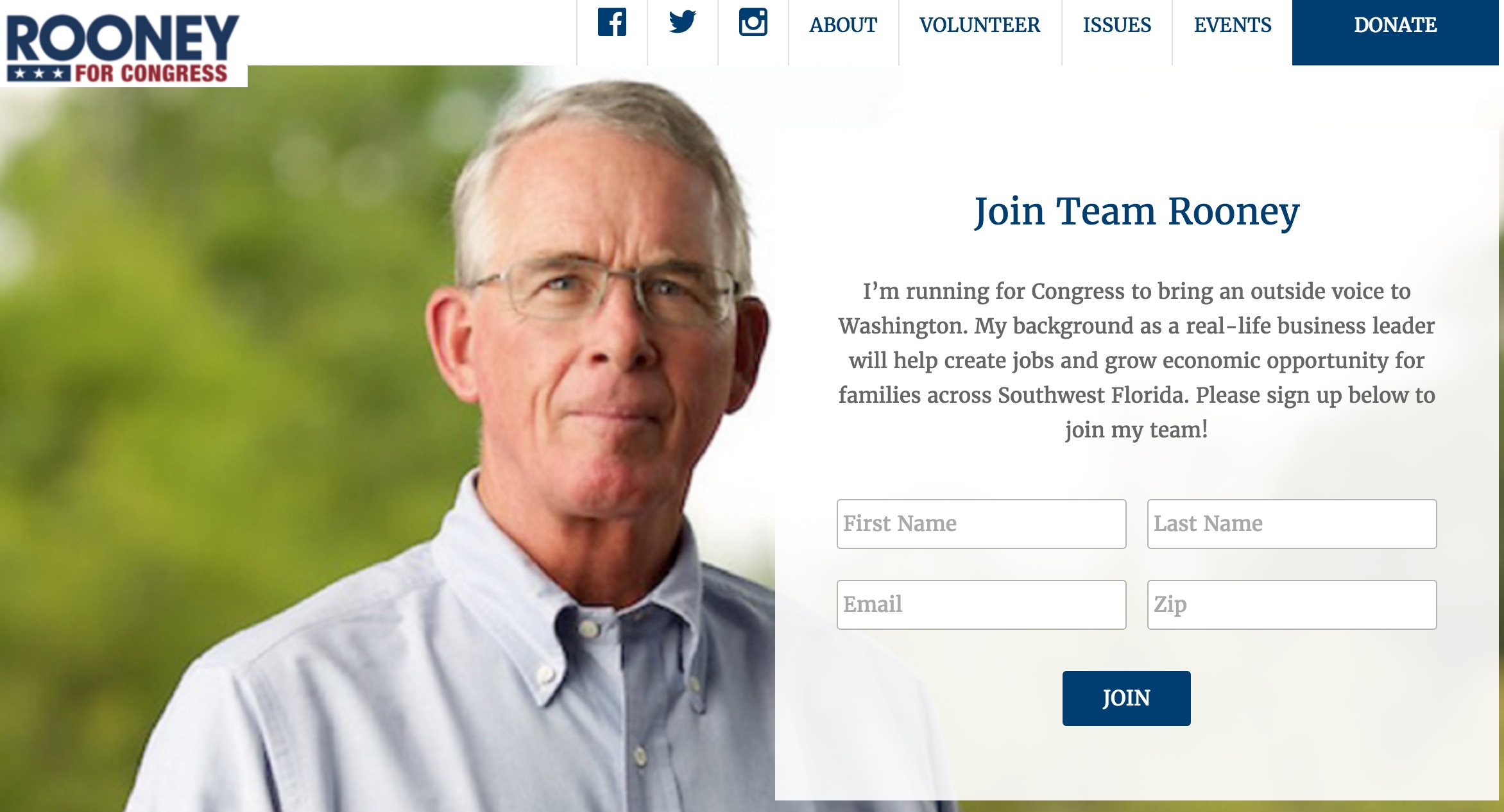 This time he’s spending $3.1 million of his nearly billion-dollar fortune on a new candidate — himself.

Rooney is the majority owner of Manhattan Construction Company, which has built the new Cowboys Stadium in Texas, the U.S. Capitol Visitors Center at the United States Capitol, the Oklahoma State Capitol, the George Bush Presidential Library, the Cato Institute headquarters, New Orleans Sports Arena, and Reliant Stadium, according to Wikipedia.

The company is working on the George W. Bush Presidential Library earning it the distinction to be the only construction company to work on two presidential libraries. Manhattan has  also done extensive projects for Morehouse College, George Washington University, Oklahoma State University, and the University of Georgia. The subsidiary won an estimated $100 million in Pentagon contracts in 2003, nearly four times the amount the company won in 2002, according to the Center for Public Integrity

The former ambassador to the Vatican is running against a city councilman, Chauncey Goss, who is the son of former CIA Director Porter Goss. The elder Goss represented the 19th Congressional District from 1989 to 2004.

The winner will be a heavy favorite to defeat Democrat Robert Neeld in November — Republicans outnumber Democrats nearly 2-to-1 in that district.