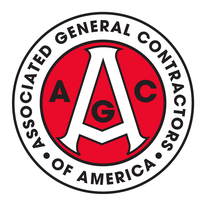 Construction contractors are less optimistic about private-sector projects than they were a year ago, but expectations for the public sector market have remained strong, according to survey results released by the Associated General Contractors (AGC) of America and Sage. Findings are detailed in High Hopes for Public Sector Funding Amid Workforce and Supply Chain Challenges: The 2023 Construction Hiring & Business Outlook.

“Contractors are optimistic about the construction outlook for 2023, yet they are expecting very different market conditions for the coming year than what they experienced last year,” said Stephen E. Sandherr, the association’s chief executive officer. “Even as market demand evolves, contractors will continue to be confronted by many of the challenges they faced in 2022, including the impacts of supply chain problems and labor shortages.”

The net reading—percentage of respondents who expect the available dollar value of projects to expand compared to the percentage who expect it to shrink—is positive in 14 of the 17 categories of construction included in the survey. Respondents are most optimistic about infrastructure categories – 42 percent for both highway and bridge construction and transportation projects, 38 percent for sewer and water construction and 37 per cent for federal projects.

The highest expectations among predominantly private-sector categories are for power projects, other healthcare such as clinics, testing facilities and medical labs. There is also a generally positive outlook for hospital projects and public buildings.

More than two-thirds of respondents expect to add employees, compared to only 11 percent who expect a decrease. About 5 percent of respondents said they expect an increase in staffing of more than 25 percent.

However, an overwhelming 80 percent report they are having a hard time filling some or all salaried or hourly craft positions, compared to only 8 percent who say they are having no difficulty.

Workforce shortages likely explain why nearly three-quarters of firms increased base pay rates more than in 2021, compared to 62 percent that boosted pay more in 2021 than in 2020. Additionally, one-third of firms provided incentives or bonuses.

Only 9 percent of firms report they have not had any significant supply chain problems in 2022. To cope with these problems, more than two-thirds of respondents have reacted by accelerating purchases after winning contracts. A majority turned to alternative suppliers. Almost half have specified alternative materials or products, while close to one-quarter have stockpiled items before winning contracts.

Most contractors have experienced project delays or cancellations

“The main reason for cancellations and postponements was rising costs—for construction, financing, insurance, etc.—which was cited by nearly half of contractors,” said Ken Simonson, the association’s chief economist. Click here to watch a quick video about the results.

Association officials called on Washington leaders to resolve the significant uncertainties that exist around the Buy America provisions within the Bipartisan Infrastructure law, noting the administration has not settled on a uniform interpretation of those requirements. They also called on the Biden administration to act on the permitting reform measures that were included in the 2021 Bipartisan Infrastructure Law. And they called on Congress to pass immigration reforms and boost investments in career and technical education programs.

“We are supporting the industry as it works to overcome the challenges it faces,” Sandherr said. He noted that the association was partnering with its chapters to run digital workforce recruiting campaigns and has signed up over 800 firms to participate in the association’s Culture of Care program. That program helps firms better attract and retain talent, particularly diverse talent.