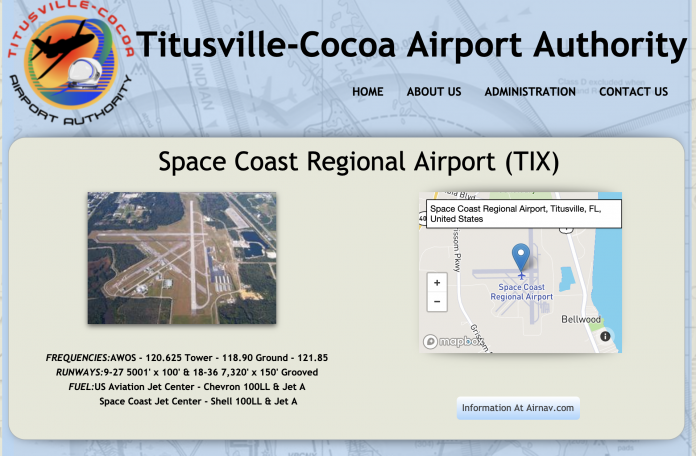 A planned spaceport licensed in Brevard County will likely create millions of dollars in construction work.

“To support the spaceport’s activities, the Titusville-Cocoa Airport Authority is planning several large-scale construction projects, including a 400,000-sq. ft. hangar to produce and develop horizontal spacecraft and storage for rocket-grade kerosene and oxidizers, a 400,000-sq. ft. apron between the hangar and taxiway and a 350,000 sq. ft. parking lot,” Michael Baker International (MBI) says in a news release.

The Pittsburgh-based engineering consultant says the airport’s licence as a Spaceport Launch Site operator will allow it to to facilitate and support horizontal launch and landing of space capable vehicles from Space Coast Regional Airport (TIX) in Titusville.

This makes the airport only the 12th licensed spaceport launch site in the United States.

MBI says it partnered with the airport authority to perform the professional services necessary to deliver an environmental assessment and license application.

“Florida’s transportation infrastructure is consistently ranked among the best in the nation and its space transportation capabilities are widely recognized as the best on the planet,” said Aaron McDaniel, MBI’s South Florida operations manager. “With its close proximity to NASA’s Kennedy Space Center, Space Coast Regional Airport is an ideal facility for our area’s commercial spaceflight industry and we are excited by the vast economic opportunity that the Spaceport Launch Site Operators License will bring to the City of Titusville and North Brevard County.”

The Spaceport Launch Site Operators License is the culmination of a multi-year effort and allows the facility to become a commercial spaceport capable of horizontally launching and landing suborbital spacecraft between Titusville and Port Saint John, the statement says.