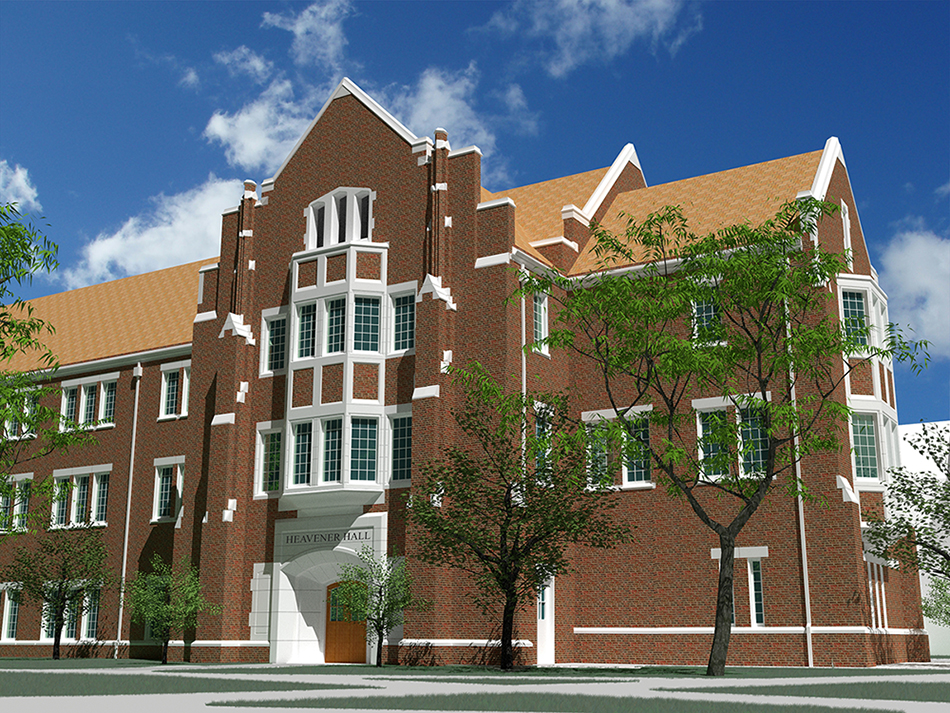 The beam signing ceremony was held September 20 for the new University of Florida School of Business Building (Heavener Hall) to commemorate the start of vertical construction. The project broke ground and site work started in May 2013. The state-of-the-art, $22 million project is designed by SchenkelShultz Architecture, Orlando, in association with Robert A.M. Stern Architects, New York City. Designed to achieve LEED Gold certification from the United States Green Building Council (USGBC), the project’s design and construction utilizes innovative Building Information Modeling (BIM) technology to optimize efficiencies and constructability, and provide a “smart” record model of the approximately 56,200-square-foot building at completion. The new building will be prominently located at the ceremonial gateway to campus near the corner of University Avenue and 13th Street amidst a redeveloped site that promises to be more inviting and open.

Slated for completion in September 2014, Heavener Hall will become the new home for undergraduate students in the Warrington College of Business Administration and will include classrooms, study rooms, academic advisement areas, informal collaboration zones, a café on the first floor, and offices.