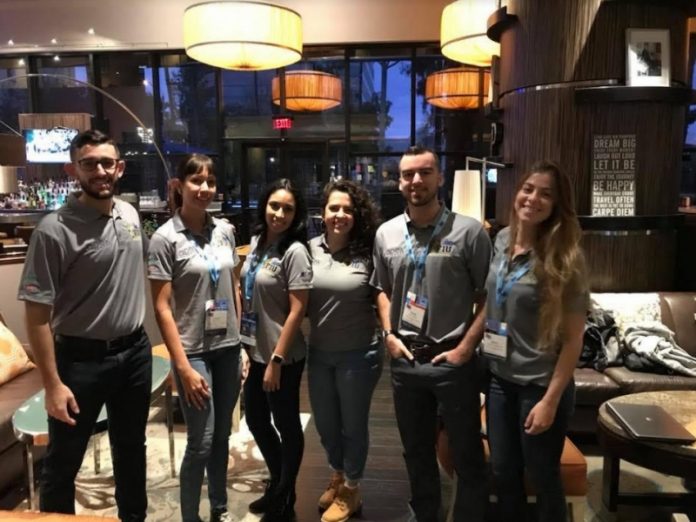 The CMC is designed to challenge construction knowledge, time management, organizational and presentation skills. The competition features teams of four university students testing their project management, estimating, safety, quality control and presentation skills. The students are presented with a real-world project RFP that they must use to build out a professional-level proposal to present in front of a panel of judges made up of industry representatives.

Sixteen teams from around the country competed in a preliminary round. The FIU team was one of eight teams chosen to compete in the final round of eight teams on the second day of competition.

The project for this year’s competition was focused on the modernization of the Will Rogers Middle School Campus in Long Beach, California, including upgrades and improvements to buildings on the campus and exterior sites. The project contained abatement, demolition, roofing, finishes, specialties, related mechanical electrical plumbing and fire protection, building systems, earthwork, site utilities, hardscape and exterior improvements. The campus had to remain open and accessible during construction, making coordination with the end user and the public was part of this project’s scope.

“These students are the future of the construction industry,” said Peter Dyga, president and CEO of ABC’s Florida East Coast Chapter. “We’re proud of the work they’ve accomplished and the impact their teamwork and quick thinking had on not only the task at hand, but the community.”