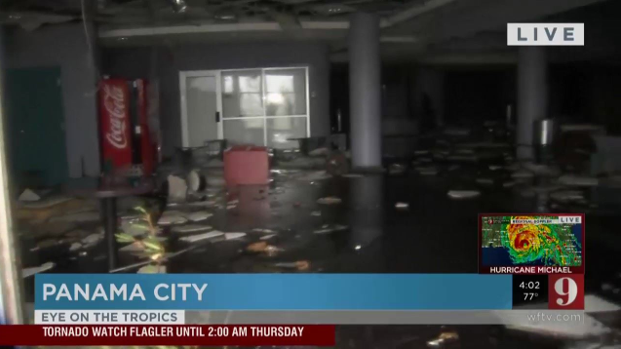 In a two-to-one ruling by the Civilian Board of Contract Appeals arbitration panel, Panama City’s request for federal funding to replace the Marina Civic Center has been denied. However, officials say the city is still eligible to receive federal dollars for repairs and will continue market analysis plans for a new performing arts and events center.

“The city continues to move forward with the ongoing market analysis for the new performing arts and events center” said city manager Mark McQueen. “The Panel’s decision is a wrinkle, not a roadblock, in our commitment to rebuilding a premiere city with a culturally rich arts community.”

The arbitration hearing focused on whether the HVAC system for the center was damaged as a result of Hurricane Michael. The condition of the HVAC system was a determining factor in whether the Civic Center would be more than 50-percent damaged and be eligible to receive funding for a full replacement.

Two of the three panel judges deemed the engineer reports and testimony “were not persuasive enough” to prove the water damage to the HVAC electrical components warranted a full replacement. The third judge stated the city “satisfied the requirements for replacement funding” adding the panel majority ignored FEMA’s own site inspector who reported the HVAC system as requiring removal and replacement.

Read the full decision in this link.

The city and its architects began a market analysis to help define the amenities, size, location, and cost for the new Panama City Performing Arts and Events Center in April of this year. Architects hosted a series of public meetings to share updates on the market analysis and gather feedback from the community.

Architects are expected to present their final presentation and recommendations to the City Commission and the community in August.