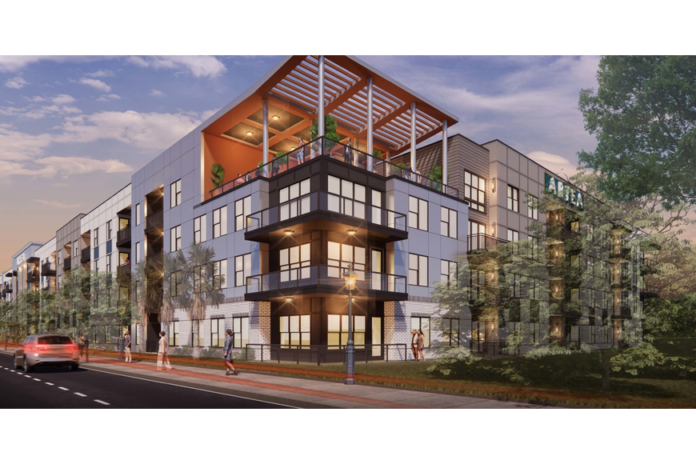 A $75 million project in Jacksonville’s Southbank area has made progress with the city of Jacksonville’s Downtown Investment Authority (DIA) unanimous decision to support the multi-family development at its Feb. 23 meeting.

Corner Lot Development Group plans to build the 340-unit Artea project on four acres at the intersection of Montana Ave. and Broadcast places newest Southbank development. The four-story building will include studio, one bedroom, and two-bedroom units.

Architect Dynamik Design has designed the building, which is being built in partnership with the Jacksonville Transit Authority (JTA).

Construction is projected to begin in Summer 2022 and is scheduled to be complete during the third quarter of 2024.

“We’re excited that Artea residents will be able to jump on the Skyway to get to work and enjoy the restaurants, parks, entertainment, and other amenities that are being developed downtown,” Corner Lot CEO Andy Allen said in a statement. “This is only the first in a series of transit-oriented residences that are underway. We also have additional projects in development that will allow those residents to use the Skyway to visit their friends and family at Artea and travel throughout downtown.”

The transit-oriented development is adjacent to the River’s Edge development and will connect to the JTA San Marco Skyway rail station and new bike and pedestrian corridors.

The developer says the the DIA’s REV grant approval reflects Artea’s potential economic impact and the important role it will play in the revitalization of Jacksonville’s Southbank. 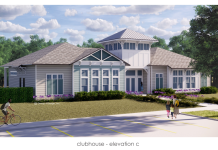