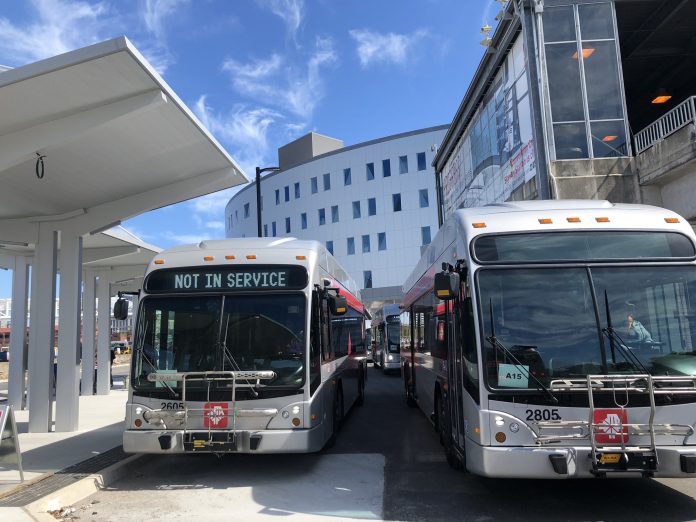 The funding comes from a portion of $13.6 million the JTA saved during construction of the First Coast Flyer Red Line, which the Authority completed 25 months ahead of schedule in December 2018.

“We are thankful that we can utilize these funds, which otherwise would’ve been returned to the FTA, to enhance  our BRT network in Downtown Jacksonville,” said JTA CEO Nathaniel P. Ford Sr. “This is another example of the trust our federal partners have in the JTA to complete projects under budget and ahead of schedule.”

These funds will cover construction of a 1,200-foot extension of a bus-only lane from the JRTC at LaVilla to Lee Street along West Forsyth Street. The extension will connect to the existing bus lane along West Forsyth Street and will greatly mitigate safety concerns and conditions for JTA bus operators exiting the bus terminal and merging into incoming traffic from Interstate 95.

Funding will also go toward the continued construction of a new pedestrian bridge that connects the JRTC at LaVilla to the Intercity Bus Terminal over West Forsyth Street, along with Americans with Disabilities Act signage and other safety improvements.

The JTA is currently building the largest BRT network in the Southeast at 57 miles. The first three routes, the First Coast Flyer Blue, Green and Red lines are now open. The final phase, the 12.9-mile Orange Line, is currently under construction and will connect the JRTC at LaVilla to the Orange Park Mall. The Orange Line is scheduled to open in February 2021.

The JRTC at LaVilla is the JTA’s new mobility hub and main bus transfer facility in Downtown Jacksonville. The facility opens to the public on Monday, March 30, 2020, and will serve regular and express bus routes, the First Coast Flyer, the Skyway, shared mobility solutions. Customers will have a direct connection to the Intercity Bus Terminal, which houses Greyhound, Megabus and RedCoach lines, via the pedestrian bridge.