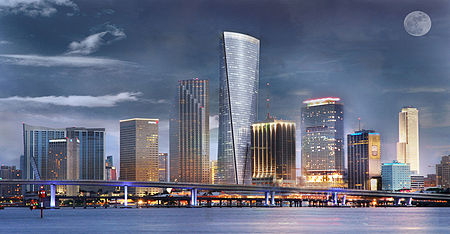 Florida East Coast Realty Ltd. (FECR) has secured FAA approval for the height of two towers that would be among the tallest buildings in downtown Miami, The South Florida Business Journal has reported.

On Oct. 9, FAA determined that neither the 1,005-ft. One Bayfront Plaza nor the 995-ft. 1201 Brickell would pose a hazard to air navigation. That ruling is good news for other developers that want to build towers of about 1,000 feet in downtown Miami.

One Bayfront Plaza would be even taller, although Swire Properties has a 1,049-ft. tower planned as a future phase of Brickell City Centre.