As employers grapple with a national shortage of skilled labor, Ozinga has launched its “Trade Up: Join the Stripes” campaign that celebrates the American worker and aims to attract new employees.

Ozinga, a building materials and supply company known for its red and white striped mixing trucks, is encouraging workers to “join the stripes” for a career in the construction and building trades industry.

The multi-media advertising campaign, which was recently launched in South Florida, as well as Illinois, Wisconsin, Indiana, includes billboard and digital advertising. It also targets prospective workers through videos on social media channels like YouTube, Facebook and Twitter. Each of the “actors” featured in the four videos are actual Ozinga employees.

In the videos, bored and forlorn workers long for challenging employment and more vibrant workplaces. For instance, an office worker in one video transforms his cubicle into a truck cab, pretending to escape the doldrums of his desk job by imagining himself behind the wheel of an Ozinga truck. In another, a telemarketer, frustrated with the tedious task of filling shopping network orders, realizes his potential with a more stimulating and gratifying job as an Ozinga dispatcher.

“Trade Up is an innovative campaign that encourages people to take a chance on something new,” said company president Marty Ozinga. “The industry is exciting and the careers offered are filled with endless opportunity. We’re meeting the challenges of a changing work environment and view this campaign as a rallying cry.”

Several factors have contributed to the widening gap between what employers need and require and the skills and qualifications held by prospective employees. Skilled baby boomers are gradually retiring and a younger generation of workers are steering away from building trades with many opting for other careers or obtaining more traditional four-year college degree.

“The lack of skilled labor keeps businesses from ultimately growing and making our communities stronger,” said Ozinga. “Now that the economy is building momentum, we’re showcasing the construction and manufacturing jobs and emphasizing that they represent an attractive, successful and fulfilling career path.”

To supplement this trend, Ozinga’s “Trade Up” campaign pays homage to the American worker and his and her commitment and dedication to their craft. The message demonstrates that manufacturing is alive and well.

“We aren’t just trying to raise awareness; we’re challenging people,” Ozinga added. “We’re looking for a certain kind of person that truly believes in the craft. We need to demonstrate to young people that American manufacturing jobs are not just an option, but a lucrative and fulfilling career. We’re looking for critical thinkers who see themselves as problem solvers, innovators and team players.”

Ozinga offers a collaborative team, growth potential and an atmosphere predicated on learning and knowledge at each of its facilities. Familiarity with the industry is not a requirement. The company provides the tools and resources necessary to build a framework for success.

“Ozinga is by far the best company that I’ve ever worked for,” said Doug Bolander, who works at the Lisbon, Wisconsin facility and is featured in one of the videos. “The equipment is second to none, they’re upgrading the plants and they treat you like a human being, not a number.”

Visit www.ozinga.com for more information and a list of current career opportunities. 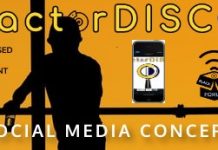 Florida welcomes more U-Haul trucks than any other state