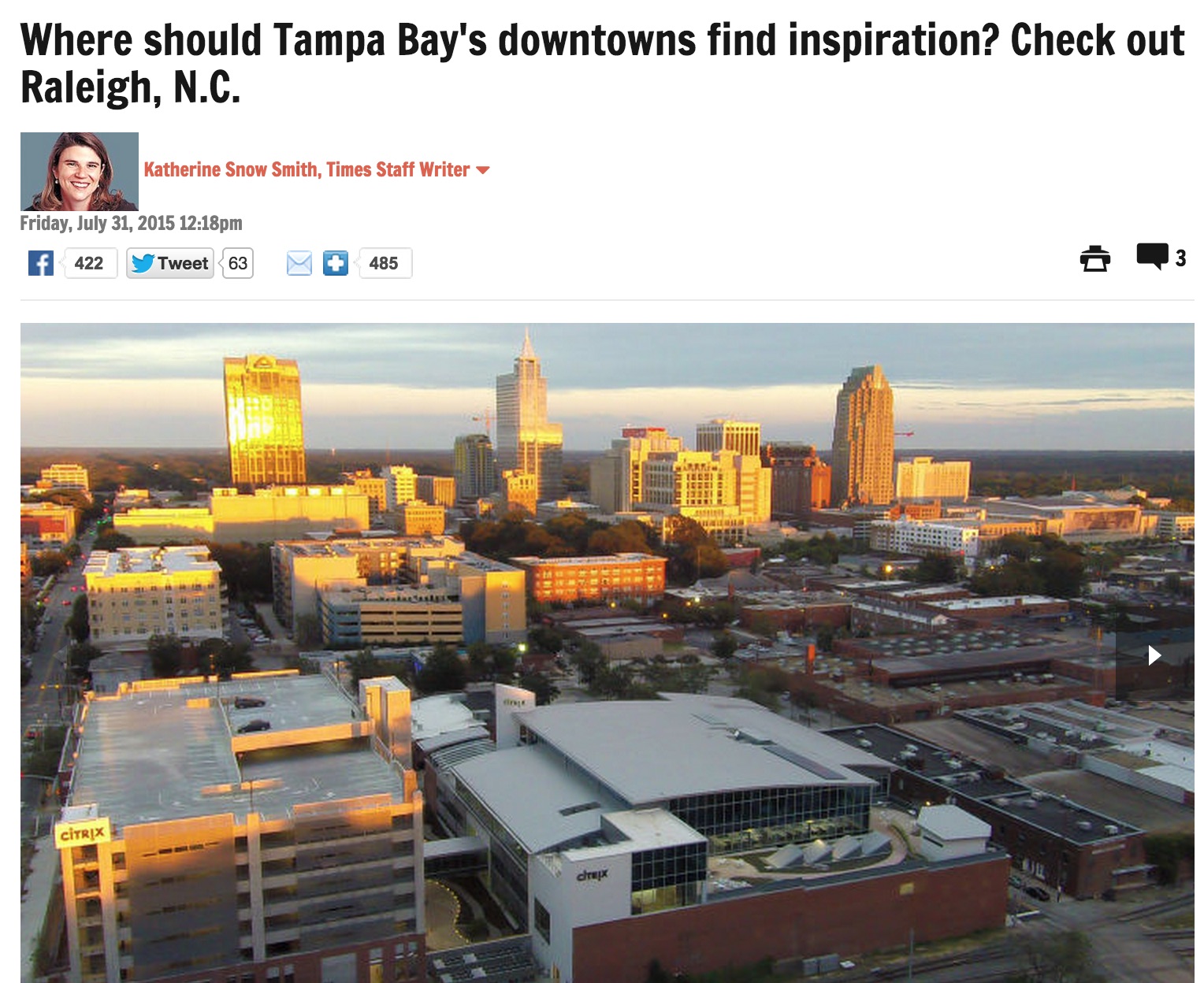 A recent Tampa Bay Times article suggests that the Florida community should seek inspiration for its downtown development from Raleigh.

The newspaper, in a Raleigh-datelined article, reports:

Two high-tech employers, Raleigh-based Red Hat and Ft. Lauderdale-based Citrix Systems, have invested millions in new downtown offices because their combined workforce of 1,800, largely made up of millennials, prefer an urban setting like downtown Raleigh.

Tampa Bay Lightning owner Jeff Vinik has said attracting millennials is a key ingredient to the $1 billion waterfront district he hopes to create in Tampa. He’s said it will be home to residents who want to “live, work, play and stay” in the same urban area.

“Live, work and play” is the catch phrase of the moment for urban developers, employers, consultants and city planners, and Raleigh’s success is no secret. Forbes, for instance, puts Raleigh No. 1 among the best places for business and careers and No. 2 among the best cities for young professionals.

However, the key to the development appears to be the ability also to attract big corporate headquarters.

“It’s all about critical mass and we finally got that,” the newspaper quoted Allen Clapp, owner of 311 Gallery a block from Citrix in Raleigh. “You need to get people to recognize that you are in a happening place.”

Skanska selected for the $70.5 million reconstruction of Interstate 4 at SR 557 Interchange