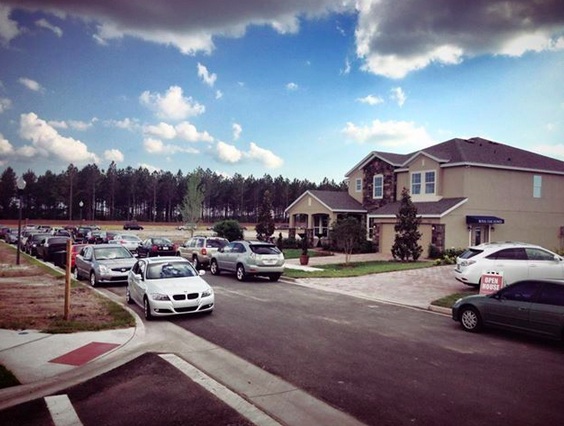 Orlando Sentinel reports that the pace of home construction in the Orlando area is now outpacing that of almost every other metro area in the country.

“The reality of the situation is that Orlando was one of the worst hurt from all of this, and now we’re beginning to see that the market overcorrected to the down side,” said Matthew Orosz, co-president of Royal Oak Homes. “Orlando has always been a high-growth area, and this is just getting back to a more normal pace.”

Among more than 360 metropolitan areas nationwide, Orlando in the second quarter surpassed all but four in terms of building-permit activity, Census data shows. The number of permits issued for single-family homes in the four-county metro area grew by 3,085 — more than in Atlanta, Houston, Dallas and Washington, all much-larger housing markets.

Last year, governments in Metro Orlando issued more than 12,000 permits for homes, apartments and town homes — quadruple the total in 2009, though still nowhere near the 36,137 permits issued at the peak of the housing bubble in 2006.