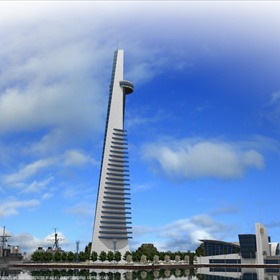 The tower project would be the centerpiece of an estimated $1 billion development presented to the city’s Police and Fire Pension Fund board by Killashee Investments, the newspaper said.

Killashee Investments showed its vision for redeveloping The Shipyards on downtown’s riverfront and asked the fund’s board to consider becoming a financial partner in the project.

Mark Harrell, who founded Killashee in 2007, said the proposed Seaglass Tower at The Shipyard would give Jacksonville an iconic, skyline-defining structure like the Space Needle in Seattle and the Gateway Arch in St. Louis.