Florida’s 2.7% unemployment rate was the lowest of the 10 largest states and a full percentage point lower than the national rate of 3.7 percent in August. The state also leads in new business formations with 1,534,221, outpacing second place California by more than 250,000 since January 2020.

Fort Lauderdale recorded a 2.8% unemployment rate last month, down two points. Also, the area led all metro areas in construction job gains with an increase of 2,500 jobs over the year.  Click on the links to view reports by region:

The workforce has continued to grow, increasing by 49,000 – 0.5% increase, over the month in August 2022. Florida’s private sector employment grew by 24,200 in August, 0.1 percentage point faster than the national growth rate of 0.2 percent.

“Florida has the lowest unemployment rate among the 10 most populous states and the highest number of new business formations because we have encouraged workforce development, kept the economy open, and put Florida families first,” said Gov. Ron DeSantis. 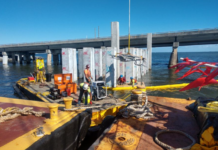