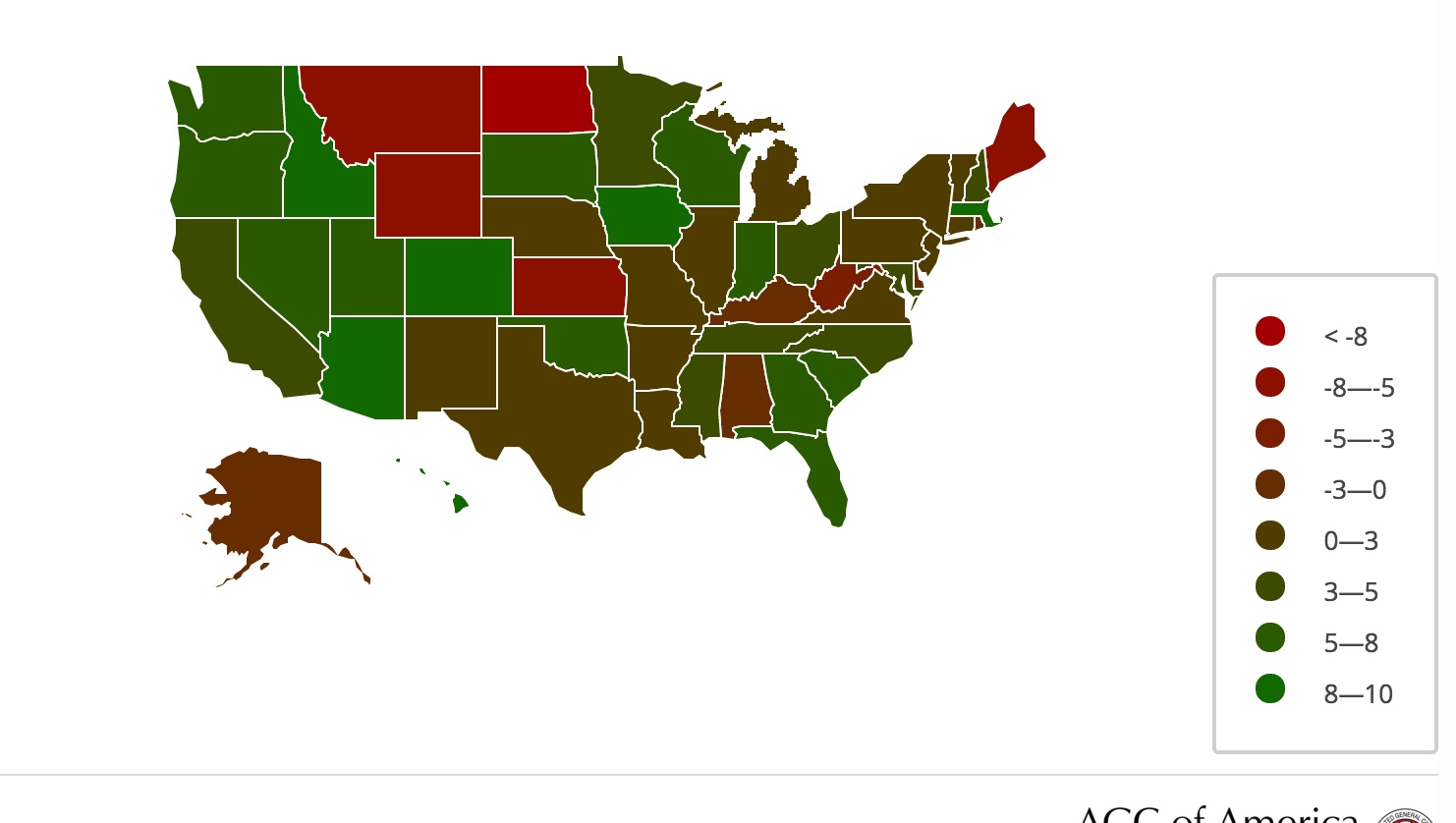 “Depending on market segment and geography, many firms report they are having a hard time finding enough workers to keep pace with demand,” AGC’s chief executive officer Stephen E. Sandherr said in a statement. “While there is slack in key segments like infrastructure and parts of the country that are struggling economically, many of these declines likely have more to do with firms not being able to find workers than not being able to find work.”

Association officials said construction firms that work on infrastructure projects or in parts of the country where the economy is not growing are still struggling to find work to keep their teams busy. They added however that firms working in fields like private commercial development in states where the economy remains robust continue to worry about having finding qualified workers. They added that the association will release new workforce shortage data later this month that provides more information about current labor market conditions.

“What is clear from the data is there is not one single labor market for the construction industry,” Sandherr said. “Where demand is strong, labor is tight, and where demand is weak, labor conditions are better.”

View the state employment data by rank and state.