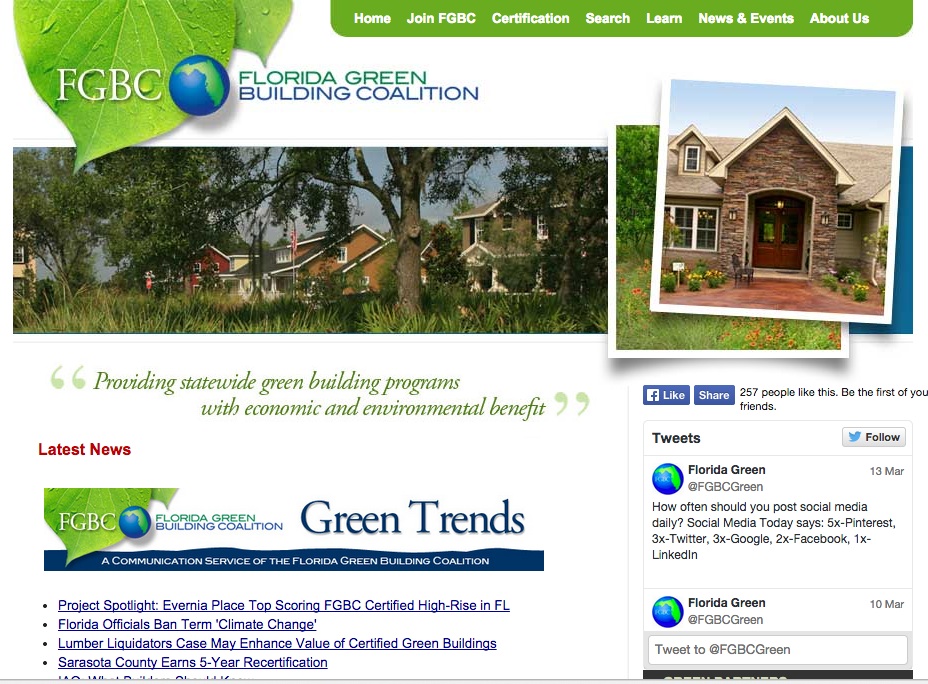 The country successfully met the sustainability standards established in the FGBC Green Local Government 5-year recertification program, according to FGBC.

First certified in September 2008 at the gold level with 47 per cent of its 351 applicable points, Sarasota County continued to expand its sustainability strategic planning and performance management actions to earn 59 per cent of its 399 applicable points, thus qualifying it for a gold-level designation and making it the second highest scoring local government in the state, surpassed only by the city of Dunedin.