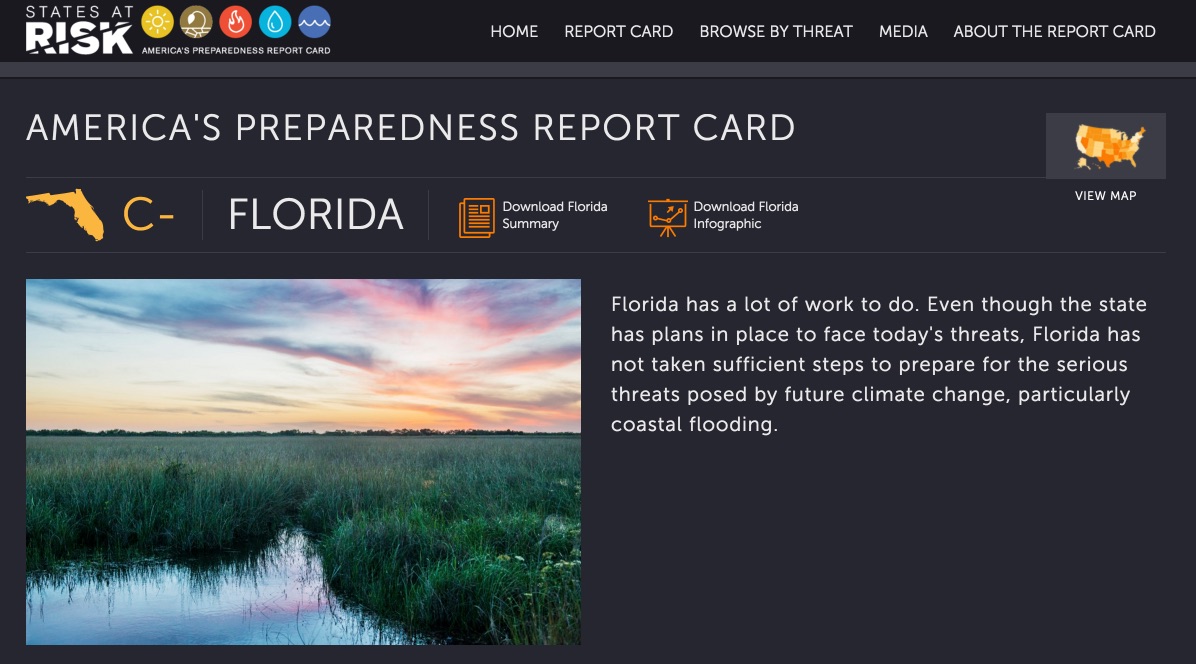 A new report shows that states across the country — especially Florida —  are largely unprepared to face the significant and increasing risks posed by changing levels of extreme weather, including extreme heat, drought, wildfires, and flooding, the Florida Green Building Coalition (FGBC) reports in its newsletter.

States at Risk: America’s Preparedness Report Card, prepared by the States at Risk Project, a collaboration of ICF International and Climate Central, is the first-ever quantitative assessment of its kind. The report is designed to help provide a benchmark for states to assess risks and build and implement action plans to increase their preparedness levels.

Key findings related to the risks states face from the threats of extreme heat, drought, wildfires, inland and coastal flooding include:

Overall the state doesn’t do so well, but is far from the worst, with a C- overall rating. “F” states include Nevada, Texas, Mississippi, Arkansas, and Missouri.

Extreme Heat: “D”: Florida is projected to see the biggest increase in its extreme heat threat of any state by 2050 yet the state has not implemented any plans to prepare for its future heat risk.

Drought “B+”: By 2050, Florida’s summer drought threat is projected to double. The state is working to understand its future drought risks but it could be doing more.

Wildfires “B+”: Florida has one of largest populations at risk of wildfires – 5.3 million people – and the state has done more than most to plan for future wildfires.

Inland Flooding “D-“: 1.5 million Floridians are at elevated risk for inland flooding but the state has not implemented any plans to address its future inland flooding risks. 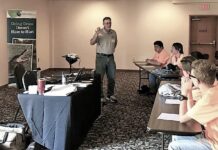 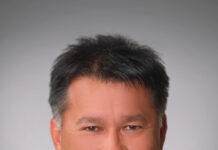 Florida construction employment declines slightly because of pandemic; but fares better than much of the US