A state-wide small business alliance called the MEP Coalition for Fair Competition has been launched launched to oppose what it says are Florida Power & Light’s (FPL) predatory practices.

Specifically, the coalition asserts in a news release that the company is using its public resources for private gain in the home services market including air conditioning, heating, plumbing and electrical services.

The group says that FPL is leveraging assets from their regulated ratepayer funded utility monopoly to expand into new for-profit businesses.

“FPL is using utility ratepayer funds and assets to buy their way into HVAC, electrical, plumbing and other industries and their goal is to put small local companies out of business and control these markets,” said Jaime DiDomenico, president of Cool Today, an HVAC, plumbing and electrical company based in Sarasota, and a member of the MEP coalition. “We hope the Attorney General will intervene to protect local businesses, jobs and consumers.”

The MEP Coalition’s letter to the the Florida PSC

Saying the reason was because of the PSC’s inaction, FRACCA and the MEP Coalition for Fair Competition sent another letter on Sept. 13 seeking clarification of FPL’s positions and providing supplemental information to the PSC for consideration, the news release says.

“It is outrageous, unfair and extraordinarily damaging to local small businesses and FPL ratepayers.”

The coalition contends that FPL will continue its expansion into home services “improperly using extensive customer data, infrastructure and market power to decimate local businesses and dominate their markets.”

The contractors group says  FPL is unfairly using ratepayer funded resources from their regulated utility to force their way into new revenue streams and higher profits. “They argue that the company’s goal is to leverage the its market power, aggressively recruit their employees, use predatory pricing to steal their customers and put them out of business,” the news release says.

As evidence of this unfair competition, the coalition points to a precedent that recently occurred when Baltimore Gas & Electric’s (BGE) entered the HVAC market as BGE Home. In that case, about 30 percent of locally owned and operated heating, air conditioning, plumbing and electrical service companies were forced out of business due to BGE’s unfair business practices.

SFACA president Doug Lindstrom said in a statement: “The Public Service Commission and legislature need to intervene to protect local family owned businesses from unfair predatory practices. These small businesses and the jobs they provide are the backbone of our communities.”

“They will not stop with HVAC,” said Keith Martin, co-owner of Badger Bob’s Services, a Sarasota-based HVAC company. “If they are allowed to get away with it, they will continue their expansion into electrical, plumbing and additional industries.”

FPL has not yet responded to a request for comment from Florida Construction News. 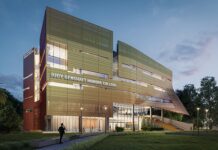