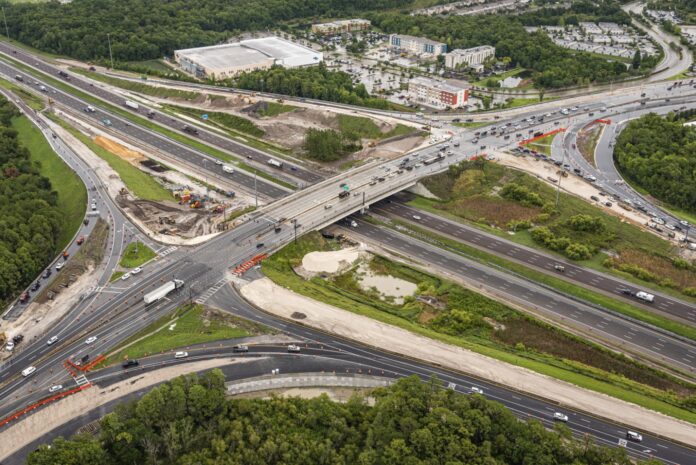 A central Florida contractor says it is winding up its heavy civil construction business and handing its projects to its bonding companies after what it describes as “an almost 15-month tug-of-war” with the Florida Department of Transportation (FDOT).

In  a statement, D.A.B. Contractors, based in Inglis, says the problems relate to the completion of the State Road 56 Diverging Diamond Interchange at I-75 in Wesley Chapel outside of Tampa.

“Despite the existence of a significant errors in the project design provided by FDOT and the recommendation of an independent Disputes Review Board that upheld D.A.B.’s contentions regarding the existence of the design errors and the resulting impact to the project schedule and costs to complete, FDOT has declared D.A.B. in default,” says the statement signed by DAB president Debora Bachschmidt and executive vice-president Bill Bachschmidt.

“FDOT’s actions leading up to alleged default were a deathblow to D.A.B., as we had been forced to accelerate (e.g., added equipment, workers, materials, and hours of operation) the SR 56 work — without payment by FDOT — to meet non-contract “milestone” dates imposed by FDOT. When D.A.B. achieved the milestones to the extent feasible under the FDOT-furnished defective plans, FDOT moved the goalposts.

“We suffered a classic domino-effect, as our acceleration efforts had diverted resources from other ongoing projects and drained the company of millions of dollars such that operations cannot be sustained.

“While D.A.B. tried to accommodate FDOT’s approach to the S.R. 56 project, D.A.B. has self-financed over $10 million in additional and unreimbursed costs on its FDOT US-19 improvement project in Homosassa, Citrus County. Despite past assurances by FDOT, none of the reimbursements due for the drastically different site conditions encountered on that project by D.A.B. during construction have yet been paid.”

D.A.B. says is the only remaining woman-owned prime contractor in the state. “Our small size and local workforce of upwards of 400 dedicated employees have allowed D.A.B. to fill a niche in the public sector construction space by delivering projects at substantially lower costs to the taxpayers over the years than competing firms, while meeting the exacting quality standards of FDOT and local governmental owners. We cannot, however, continue to self-finance FDOT projects, nor await the outcome of formal “claim” court actions that could be years out.”

“We very much regret the inevitable inconveniences to the traveling public as D.A.B.’s ongoing jobs are transitioned to others for completion. We are working cooperatively with our sureties to expedite take over and completion work. Likewise, despite what we’ve encountered with FDOT, we intend to continue to cooperate with the department. Finally, D.A.B. takes this opportunity to extend our gratitude to our employees, many of whom have been with D.A.B. for decades,” they say in the statement.

Florida DOT spokeswoman Kris Carson told the Tampa Bay Times that she couldn’t say much about the D.A.B. situation.

“The Florida Department of Transportation is aware of reports that D.A.B. has closed their doors and withdrew themselves from FDOT projects. At this time, the department has not received formal notification of this action from D.A.B. and, until such time, FDOT will continue to monitor their ongoing contracts and expects them to meet their obligations,” Carson wrote in an email.