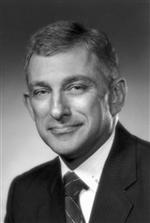 Stephen Gary Cupp, retired senior construction executive from the South Florida Construction Industry, has been recognized by Cambridge Who’s Who for demonstrating dedication, leadership, and excellence in the construction management of large construction projects.

During Cupp’s career, he spent nearly 10 years managing the construction of many General Motors facilities in central Indiana at the time computer electronics were starting to be installed in GM cars, a news release reported.  “In addition to constructing large regional multi-level shopping malls, he also managed a three year construction effort to massively expand the Methodist Hospital in Indianapolis which became the eleventh largest hospital in the nation.”

He was the general manager of the structural precast concrete firm, Royall Wall Systems, Inc.  and general manager of Permit Engineering Services, Inc., a sister company, at the same time. Cupp assumed management control of these two firms shortly after startup in West Palm Beach and managed the expansion of their patented construction systems throughout Florida and into the Caribbean. He also served as a senior project manager on some of Suffolk Construction Company, Inc.’s largest construction efforts in Florida; one of these projects was the three year construction effort on the Las Olas River House located in Ft. Lauderdale, the tallest building from North Miami to Atlanta on the southeast coast of the United States; Suffolk ranked 2nd in Florida at that time.

Cupp attributes his success to his work ethic, patience, and the mentoring by very talented supervisors, the news release says.

Having earned a professional license as a Florida Certified General Contractor, Cupp also holds an advanced class amateur radio operator’s license. In addition to being an avid water sports enthusiast and boat captain, he also earned a PADI Master Scuba Diver certification, having over 3,000 successful dives in the Atlantic Ocean and Caribbean Sea. As he nears his 50 year membership anniversary in Freemasonry, the Scottish Rite, and the Shriners International, Cupp currently spends most of his time traveling in the Western Hemisphere and Western Europe.